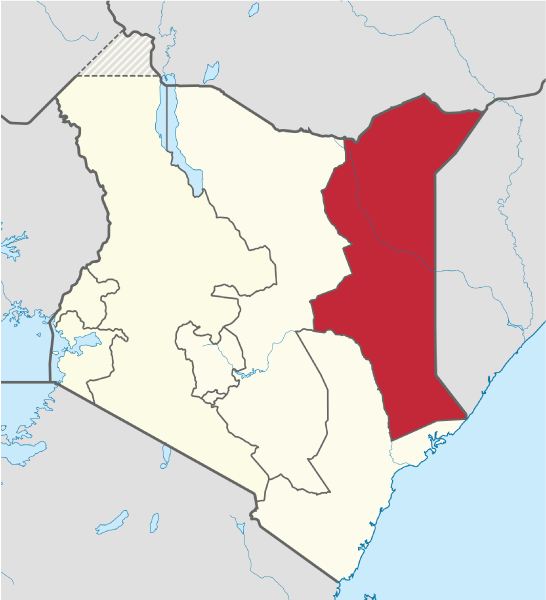 Northeastern Kenya is a vast land of arid and semi-arid landscapes (ASAL), generally characterized by high temperatures throughout the year and ranges from 28°C to 38°C occasionally exceeding 40°C with the rainfall ranging from 200 mm to 500 mm per year.

The rains are distributed within two distinct seasons every year: the short rain season, from October to December, and the long rain season, from March to May. Rainfall occurs in short stormy downpours. The region is generally flat and low lying with few hills such as the Galla hills in and Gingo Hills in Mandera. The region supports various ecosystems including Mararani (Coastal forests), Mangai and Hulugho (Acacia commiphora woodland), Bodhai (Riverine influence on forests), Sankuri (Lungi block of Boni Forest), Sangailu (Dryland forests & not gazetted), wetland vegetation; Lorian swamps an area of on the Ewaso Ngiro River in Wajir County and the Sebana desert.

The forests of Ijara Sub County are rich in species composition with a total of 386 plant species recorded of which 130 were woody species. However, the area also suffers a great deal on Invasive species that are contributing to the degradation of the region include. Some of the invasive species include Prosopis juliflora, Opuntia ficus indica, and Acacia reficiens